Legalities of Putting An Employee on Floating Status 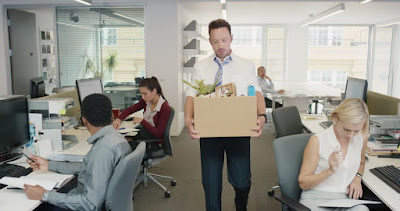 Situation:  An employee who was hired as project manager filed an emergency leave of absence and announced her intention to resign following her disappointment over the continued employment of another employee in the company. Because of the importance of her role in the company’s only project at the time, the employer sought her replacement so as not to disrupt business. The disgruntled employee, however, later changed her mind about leaving the company and decided to resume her work. The employer informed her that because they were constrained to hire a replacement when she threatened to leave, she would have to be placed on “floating status” in the meantime.
The disgruntled employee filed a complaint for illegal dismissal challenging the “floating status” as constructive dismissal.  While the case was pending, the employer sent her a notice of termination due to redundancy or lack of a posting similar to the position at her previous project.
What the Supreme Court said:
“Off-detailing” or putting an employee on floating status is not equivalent to dismissal, for as long as the “floating status” does not last more than 6 months.  In this case, there is no constructive dismissal  when the employee was placed on floating status “until such time that another project could be secured” for her.
Legal Basis for Off-Detailing:  The legal basis for “off-detailing” is Art. 286 of the Labor Code which has been applied in many industries when, as a consequence of the bona fide suspension of the operation of a business or undertaking, an employer is constrained to put employees on floating status for a period not exceeding 6 months.
(Case of: Nippon Housing Phil, Inc. vs. Leynes, GR. No. 177816, August 3, 2011)
Constructive dismissal can also arise from employee transfers and demotions. While transfers and demotions are generally allowed in the exercise of management prerogative, there are certain rules surrounding their implementation that the employer must observe, in order to avoid costly litigation or illegal dismissal cases in the Department of Labor. HR managers may wish to learn more about transfers and demotions from a guide entitled, “44 Rules on Employee Transfer and Demotion”.
Posted by Teejay Canoy, LLB 1 comment:

Dismissing Managerial Employee Due To Loss of Trust 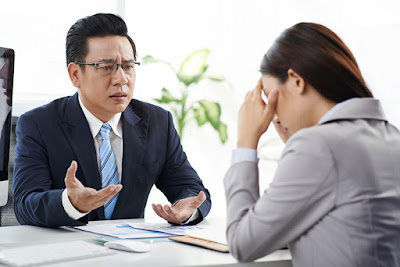 Loss of trust is a legal ground for terminating the services of an employee particularly for employees holding managerial positions. To establish loss of trust, proof beyond reasonable doubt is not required. An employer may take steps to dismiss a managerial employee for as long as there is some basis for the loss of confidence, such as when the employer has reasonable ground to believe that the employee concerned is responsible for the reported misconduct and his participation or involvement in the incident makes him unworthy of the trust of confidence demanded by his position. Thus, in one case, the discovery of a falsehood in the application form of a  managerial employee where she claimed to be a CPA but in fact was not, is a ground constituting loss of trust.
But having a sufficient ground for termination is not enough– the Supreme Court emphasized the need for performing the proper procedure for termination in order to avoid the payment of damages. Thus, you must still send the managerial employee concerned a written notice informing him of the acts or omissions leading to his termination, give him an opportunity to explain his side AND provide him with written notice stating the employer’s decision to terminate his services.  Without following due process, the employer may still be ordered to pay the employee nominal damages (not separation pay, not backwages).  In a recent case decided by the Supreme Court, the amount of nominal damages was Php30,000. (Case of Zenaida Mendoza vs. HMS Credit Corp. decided on April 17, 2013, GR No. 187232)
Posted by Teejay Canoy, LLB No comments: